A Beer in Paradise

The PNG Beers that don’t cause confusion 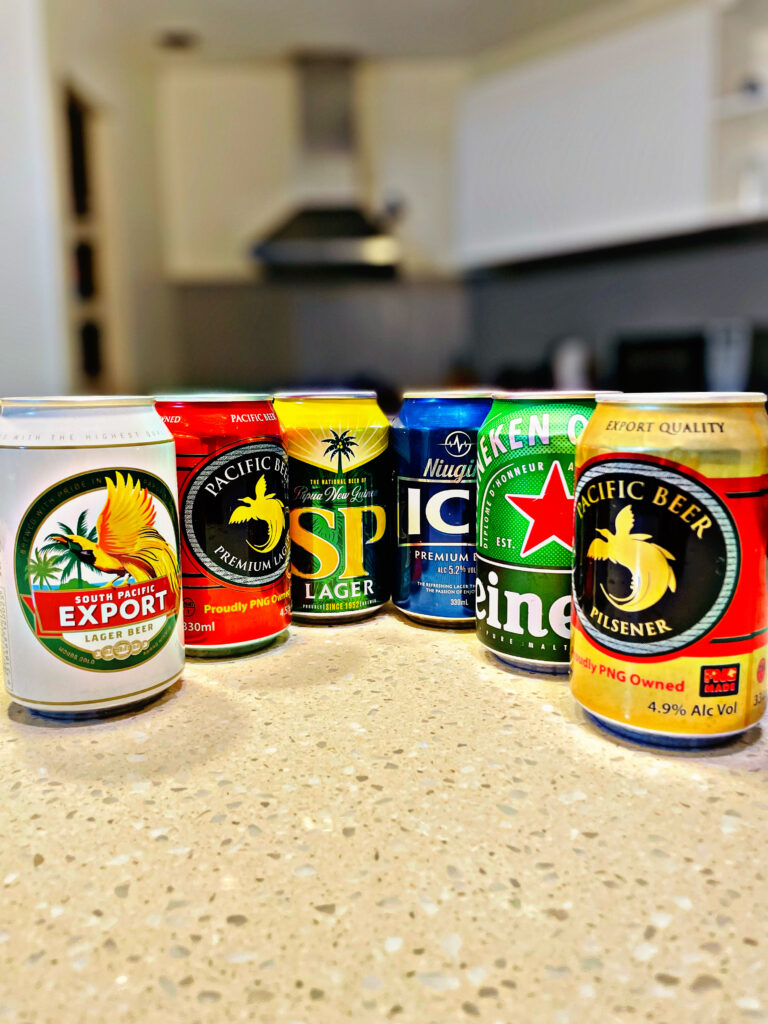 Not your typical Monday image but now that I’ve got your attention, here’s a rating from RateBeer:

The beer with the highest alcohol content of 5.2% is the Best Beer in PNG.

On the face of it, there can be a sense of confusion between these brands. There are two main competitors in PNG: South Pacific Breweries and Paradise Breweries. Actually, there could three although the third is illegal but nonetheless a realistic threat.

South Pacific Breweries has a beer brand “Paradise Lager” and Paradise Breweries has a brand “Pacific Lager”. I’m not sure whether either has ever objected to the other for using a word that forms part of their corporate name.

Be that as it may, what isn’t confusing is that a regular PNG beer drinker can easily tell the source of the beer by label or even by taste. Even if they’re, to use a colloquial British term – Sloshed!

As the pic shows, PNG’s Beer labels are pretty impressive. A colleague once joked about the labels – the more you drink, the more attractive they become!

Heineken obviously isn’t a PNG brand but it’s supplied by SP Brewery. It’s the second most valuable beer brand in the world – valued at a staggering U$13 billion. Newseek reported that in 2017 it sold an estimated 34.4 million hectolitres. That’s the first I’ve heard of the word “hectolitres”!