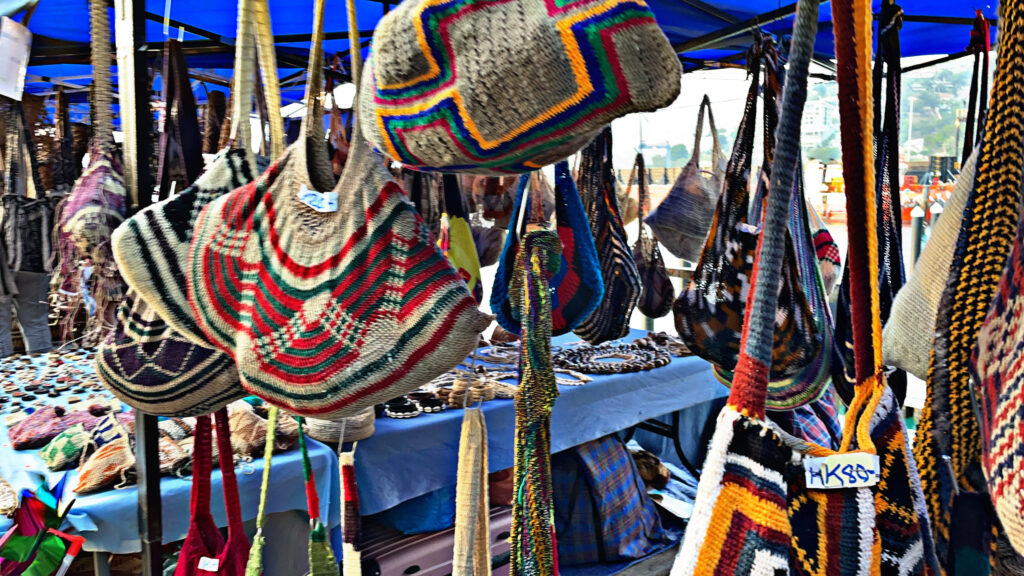 A colleague recently referred me to a product that was being sold on a French fashion website MatchesFashion.com. The product, which appears to come under the brand “The Row” – a US fashion label, is that of a stringed knitted bag much like Papua New Guinea’s iconic stringed bag, the Bilum.  Ironically, the product itself is also named “Bilum” which has raised the ire of many passionate and patriotic Papua New Guineans.

The Row being a luxurious brand isn’t selling this iconic bag cheaply either. It’s got a price tag of US$2,335 (approximately PGK7,000).

Papua New Guineans who have seen the product have complained on social media that the use of the bilum both the design and the name is cultural appropriation and a breach of intellectual property rights.

The reaction to this is not uncommon.  Many Papua New Guinea intellectual property owners still do not value how important their IP’s are and therefore do not take a proactive approach in protecting their intangible assets under current law.  Communities whose traditional tattoos and other iconic cultural elements which are used without their consent do complain but do very little in finding out how best they can protect items that have cultural significance.  It’s often too late.

Be that as it may, what possible intellectual property issues does this Bilum Bag by Row give rise to.  Can they continue to use the design and the word Bilum, can Papua New Guineans do something about this to avoid misuse of cultural elements.

Let’s take a look at the major IP categories.

Someone raised the issue that using the design of the bilum as well as the name Bilum is a breach of trademark.  In the case of the former, the actual product of the bilum cannot be trademarked because it falls outside of the definition of a “mark”.  A “mark” as defined in the PNG Trade Marks legislation is a device, brand, heading, label, ticket, name, signature, word, letter or numeral or any combination of them.  The design itself might be trademarked but not the physical item itself.

Following from the definition, the word “Bilum” can be trademarked.  So, is “Bilum” a registered trademark?

The word “Bilum” alone is not a registered trade mark although it is part of a combination of other words that makes up a trade mark eg BILUM RICE, WORSERA BILUM ASSOCIATION.

Interestingly, the word “BILUM” is a registered trademark in France owned by BILUM, SAS (SIREN 494652555). That trademark is registered for goods such as handbags, trunks, briefcases, suitcases, luggage, bags and travel kits (leather goods). Bags for clothing (for travel).

While Papua New Guineans may have a deep cultural connection with the “Bilum” there does not seem to be any legal right which a Papua New Guinean individual or entity can claim outright ownership in so far as trademarks is concerned.

A wantok suggested that the bilum be patented.  For an invention to be patented (in this case a bilum), it must be new, involve an inventive step and be industrially applicable.  Without going deep into each of these requirements, patenting the bilum would fail on the basis that it does not meet the requirements of “new”.  Under the PNG Patent legislation, an invention is “new” where it is not anticipated by prior art.  In layman terms, prior art means that the invention has not been disclosed in any form whether it be tangible or oral. The bilum has failed the requirement of prior art and therefore is not new.

Industrial designs are also protectable as intellectual property in PNG.  This form of right consists of any composition of lines or colors or any three-dimensional form or any material whether or not associated with lines or colors that gives a special appearance to a product of industry or handicraft and can serve as a pattern for a product and can appeal to or is judged by the eye.

The design of a Bilum appears to fall squarely under the definition of an industrial design. For the same reasons given for patents above in terms of prior art (publication), the bilum would fall short of protection as an industrial design under PNG law.

In Papua New Guinea copyright is automatic.  There are no procedural requirements to have a particular work protected as copyright and unlike trademarks and patents, no such certificate is issued by a statutory body to evidence copyright of a particular work.

A Bilum, in my view, is not a work capable of copyright protection under PNG law.

Each jurisdiction has its own set of IP laws and while there is generally a lot of similarity in IP laws, it would be best to consider specifically the law of the country in which the breach occurred.

Cultural appropriation is when a dominant culture adapts elements from a marginalized culture and uses it outside the original culture’s context – often without credit or against the wishes of the said culture. Given the heavy dialogue around the subject today, the meaning is often lost, which can benefit or harm a high-end business.  That said and the fact that there does not seem to be any registered trade mark protection, copyright, patent or design as explained earlier, it is a matter of interested groups with the passion and heart in protecting PNG’s cultural identity to make noise over the cultural appropriation or “misappropriation” of the bilum.  The question is, who exactly should be making that noise? The National Cultural Commission? The Intellectual Property Office? Or if it were specifically a Motuan tattoo concerned the Motu Koitabu Assembly?

In a commercial context, the success of these “culturally misappropriated” products lie within the consumers. If they continue to buy, the makers of these products will continue to make and sell.  Whoever is responsible for the protection of items of cultural significance must in large direct the pressure to the relevant consumers about the misuse of cultural elements within the concerned products.

The other general concern in Papua New Guinea is that there is clearly a lack of awareness on how important intellectual property is. This concern is compounded by the fact that there is no coherent or collective system of intellectual property ownership particularly in relation to items of cultural significance. Subsequently, the lack of ownership or responsibility over the protection of iconic cultural elements makes it more difficult to enforce these rights.

The First Lawyers from UPNG